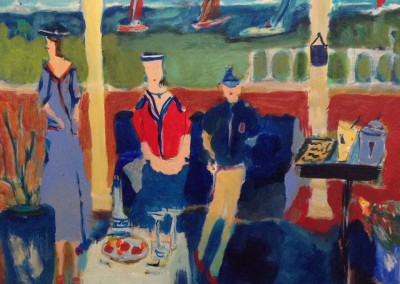 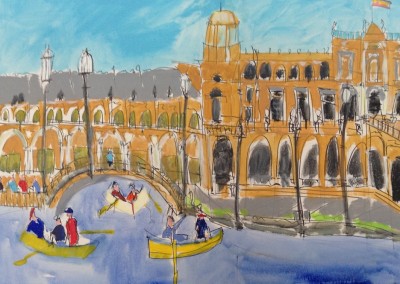 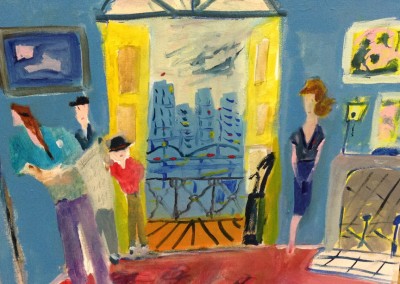 Room With a View 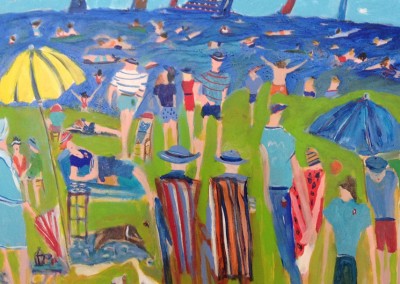 Seidel’s subjects are the imagined and local scenes, in town and on the beach, where figures come and go in acrylic.  Artists often imbed their media with influences.  Richard likens his light effects to those of painters Raoul Dufy, William Turner, and Maurice Prendergast.