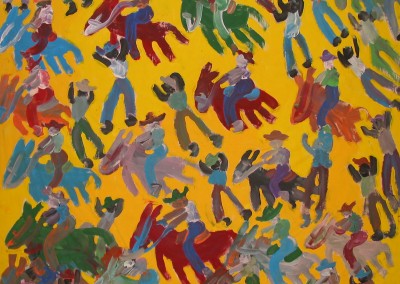 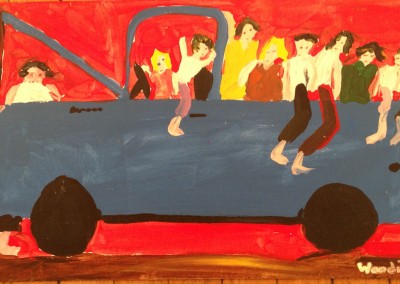 Riding in the Truck 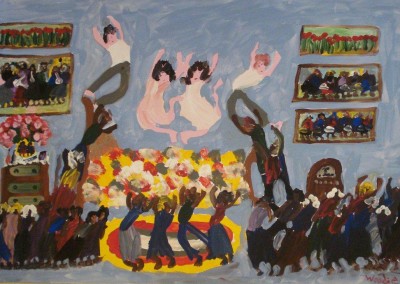 Jumpin on the Bed

Woodie Long was born in Plant City, Florida, (1942), the son of a sharecropper and one of twelve children. His father deserted the family and they moved into a housing project in Tampa. Woodie never attended public school. To support himself Woodie became a house painter until 1987 when he was forced to quit due to poor health. He painted his first work on paper one day when he was “itching to paint a house”. Now his work is in many corporate and private collections and has been shown in New York exhibitions since 1992. Woodie died in 2009 a few days before his 67th birthday.