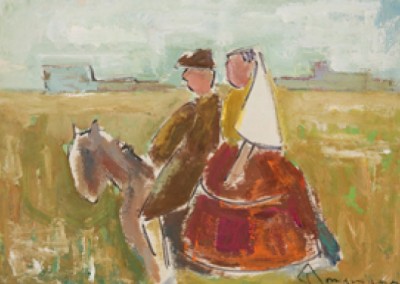 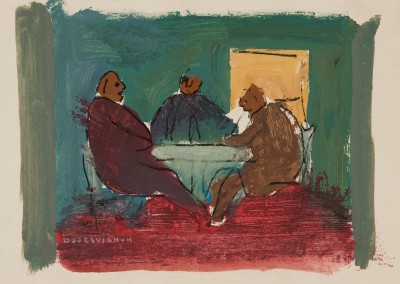 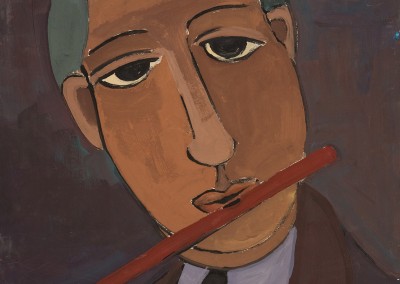 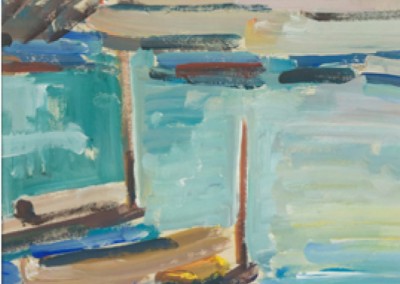 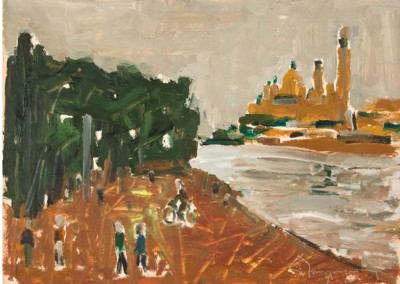 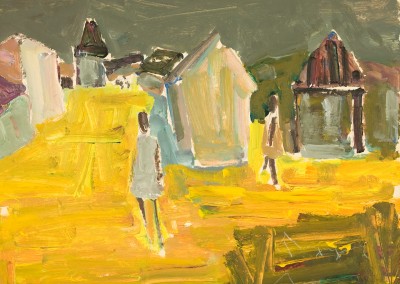 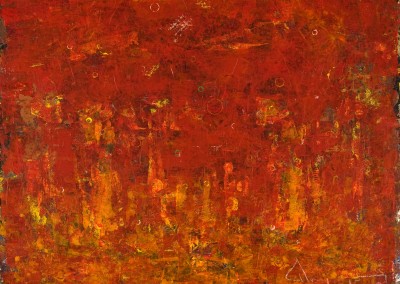 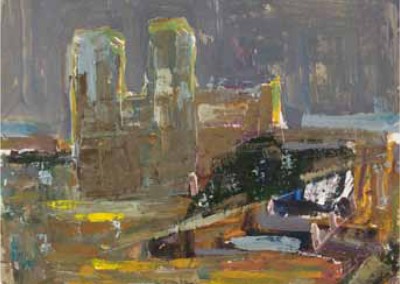 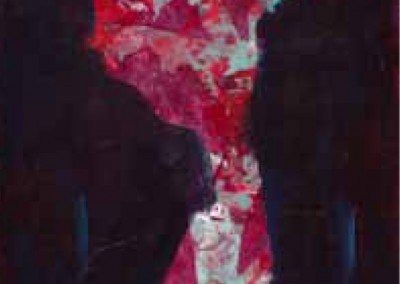 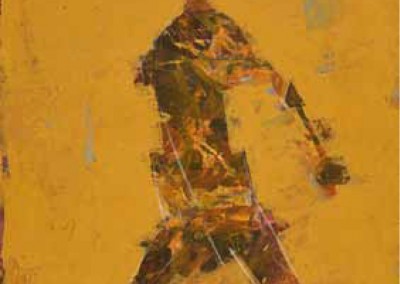 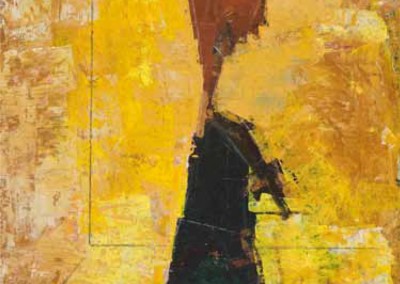 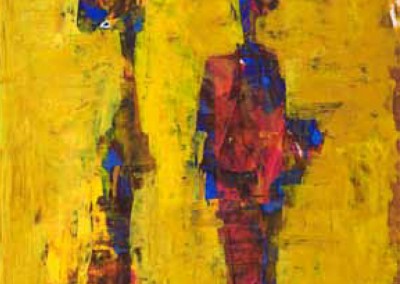 Walking on a Summer Day 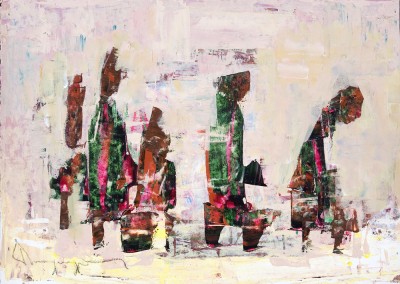 Paul-Henri Bourguignon (1906–1988) was a talented visual artist, a prolific writer and journalist, a skillful photographer, and an avid observer of the human condition.

Born in Belgium in 1906, Bourguignon began his art studies in Brussels’ Académie des Beaux Arts and then studied art history at the Université Libre de Bruxelles. His first solo exhibition was at the Galérie d’Egmont in Brussels at age 22.

Bourguignon traveled widely in France, Spain, and Italy, North Africa, Corsica, and Yugoslavia. He lived in both Haiti and Peru. He met his wife, Erika, in Haiti and they settled in Columbus, Ohio in 1950 after she joined the faculty of The Ohio State University.

During his long and prolific life, he amassed a large and varied group of paintings—early gouaches and later acrylics—and numerous pencil, pastel and ink-wash drawings. Many of the gouache paintings from the 1950s and 1960s depict tranquil landscapes, rich cultural interpretations and evocative portraits, figures, and genre scenes that were derived from his travels. In the 1970s, his landscapes and figural scenes took new directions and became less specifically descriptive. The works were expressionistic, often with whimsical, vulnerable, or tragic figures revealed in delightfully complex interactions of brushstrokes and texture.

Viewers have described his work as “timeless, passionate and visionary.”
Jacqueline Hall, Art Critic for The Columbus Dispatch, reviewed his paintings in 1989 stating: “When Bourguignon concentrates on faces, the pathos of the human condition stands out.” In 2001 she wrote: “His paintings keep charming the viewer, even after they have been seen several times.”

Today, his widely collected works are found in American museums, and in public and private collections throught the U.S. and Europe.