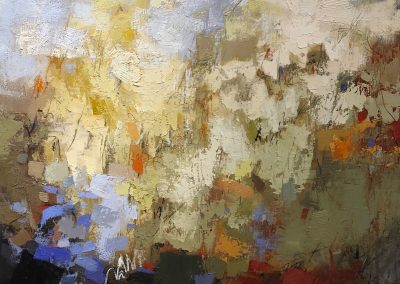 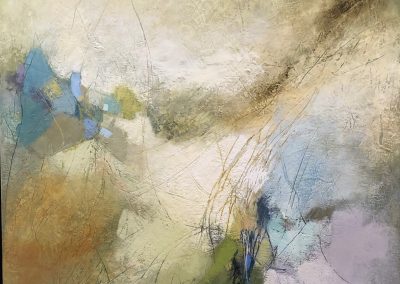 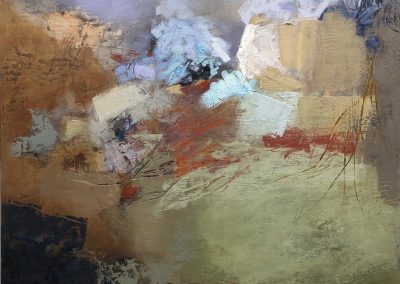 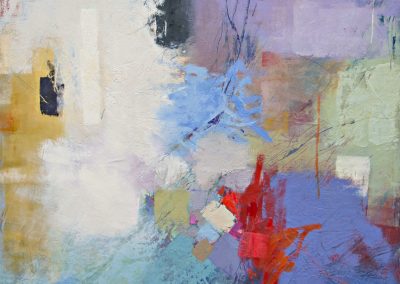 All of the Above 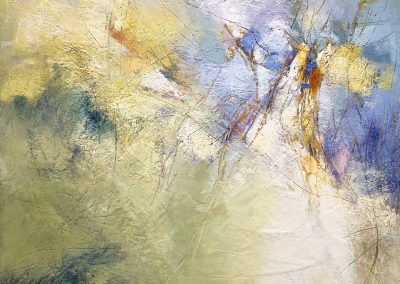 Karin Dahl sees art-making through the lens of writing as a process. A Professor Emeritus in writing at The Ohio State University, she has spent her career documenting how young children make sense of writing, what they do as meaning makers, and what helps them believe they are writers.

“Did I say anything?” she remembers one young five-year-old asking after scribbling a page full of letter-like forms.

Karin works with the same question as an artist. She is a meaning-maker in her studio using many of the same processes she once studied in children. Intended meanings are conveyed through a personal vocabulary of marks and gestures. Using a recursive process, she “writes” her paintings, making first attempts and then doubling back to rethink, revise, and redo within the compositional space.