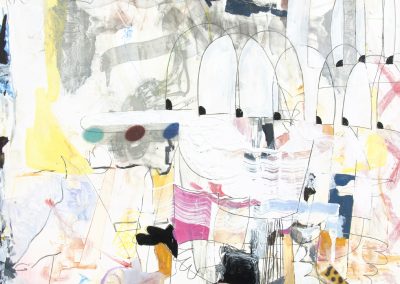 I Must Be Greatly Intriguing 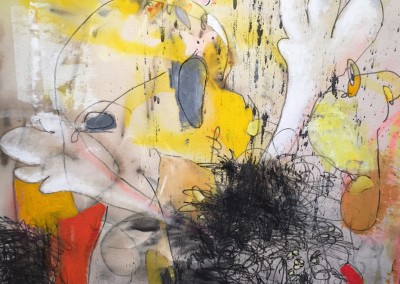 Arms Raised in a V 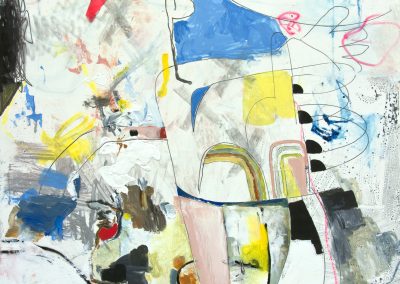 Wait Till They see What I Can Do 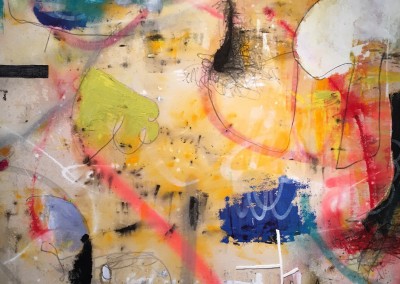 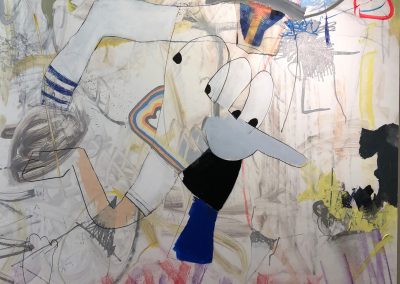 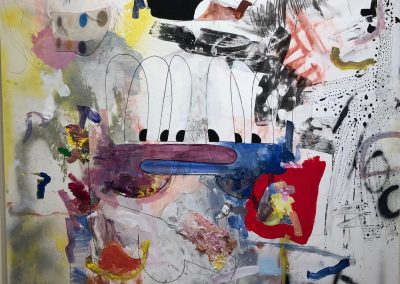 Moving Gently the Lips of Sleepers 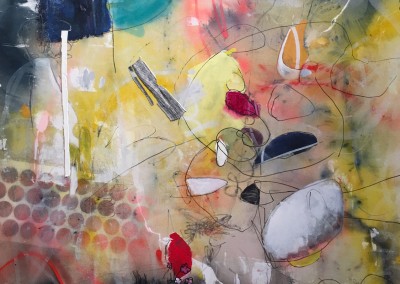 Tripping on the light behind me 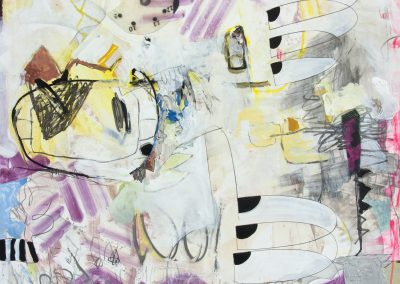 I am interested in that time of life where innocence, freedom of ideas, and inspirations came naturally. A time before one knew what composition, line, texture, or color theory meant. My concepts are split between that time and the present where the shadowy realities of the world are apparent. I fuse pop culture ideas, and child-like whimsical imagery, often times incorporating cartoon characters I remember as a child that I morph into a quasi-representational abstraction. These distorted characters express a somewhat darker undercurrent. Much of my inspiration comes from watching the free flow of ideas my children express as they create art and wishing I could achieve that again.